Back The Future: Hydro-Power For Today’s Ossining 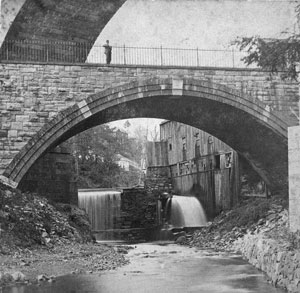 For much of the second half of the 19th century, a water wheel that stood alongside the Kill Brook in downtown Ossining supplied power for a steel file  manufacturing company.

Another one at the now abandoned Brandreth Pill Factory on North Water Street,

provided power for the machinery at that company. However with the advent of cheaper and more efficient power supplied by the precursors of Con Edison these water wheels fell into disuse and are long-gone. However, generation of electricity from essentially free renewable energy sources like solar, wind and water are becoming increasingly popular ways for cash strapped local governments try to reduce their dependence on polluting fossil fuels and reduce the money they spend on utilities.

Even a small stream like the Kill Brook can generate consistent, clean, free, and renewable electricity at a price per watt lower than solar or wind. Community scale hydro projects, especially “streaming,” or “run of the river”  hydropower (which allows rivers to run their natural course is a feasible and practical solution for  reducing the Ossining Village budget. It  only takes a small amount of flow (as little as two gallons per minute) or a drop as low as two feet to generate electricity with micro hydro. Electricity can be delivered as far as a mile away to the location where it is being used. Streaming hydro power is clean, reduces  efficiency losses incurred during transmission across long-distance power lines is safer and costs far less than conventionally powered energy. According to a 2005 study conducted by the U.S. DOE, energy can account for as much as 10 percent of a local government’s annual operating budget, a proportion that is likely to grow as energy prices rise. Hydro produces a continuous supply of electrical energy in comparison to other small-scale renewable technologies. The peak energy season is during the winter months when large quantities of electricity are required. 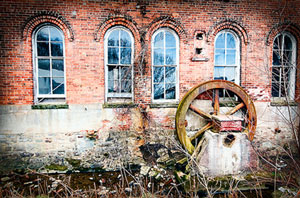 I urge Ossining Village officials to seriously investigate the possibility of installing a “run of the river” micro-hydro turbine generator” at the Kill Brook to provide enough electric power for the Joseph Caputo Community Center. Another option would be to have one at the Indian Brook Reservoir’s dam to power the Village’s Water Filtration plant.  In addition to energy savings, a water-powered generator there would always assure the continual operation of the plant instead of relying on conventional electric power that could fail during a storm. It is my understanding that this plant was in imminent danger of failing during Hurricane Sandy but that the sudden arrival of an emergency diesel gasoline powered generator saved the day.

There is funding for the community-scale hydro-power projects discussed above under the auspices of the U.S. EPA’s State and Local Climate and Energy Program.