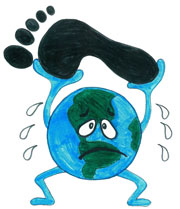 Looking for a fun and educational family day out that can also help you live a more sustainable life? Come out with your family and friends to Ossining’s Earth Day/Stash the Trash/Free-a-Tree event at the beautiful Louis B. Engel Waterfront Park on April 21 from 11am -5pm.

Featured events of the day, which have been organized by the Town/Village Green Ossining Committee include:

Stash the Trash & Free-a-Tree: Meet at 12 noon at Engel Park, the Joseph G Community Center, 95 Broadway; the Ossining Historical Society at Croton Avenue, the Jug Tavern (74 Revolutionary Road), or Dale Avenue Park to get your assigned clean up territory, gloves and bags. This year, we are pleased to offer biodegradable garbage bags for the clean up & the much sought after Green Ossining stainless steel hip water bottles to all who come through. Come to the Earth Day fair afterwards to participate in activities and have some delicious, healthy local food.

Earth Day Celebration: 11am-5pm: Come to Louis B. Engel Waterfront Park for a fun and educational day with your family, featuring music, children’s activities and information about how to save money by reducing your carbon footprint. Special events throughout the day! 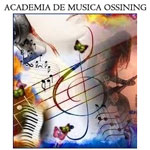 Mike and Miriam Risko, performers and owners of Mike Risko Music on Croton Avenue, have been providing music to the community for the past 17 years. Their simple arrangements and pure sound will entertain you as they play acoustic versions of some of todays hottest pop and rock tunes.

Blake Rowe is a pianist and songwriter and teaches music at the Ethical Culture Fieldston School in Riverdale, NY. His first recording of songs for children, “It’s a Lazy Day”,  received a Parent’s Choice Award and his second, “Circle of Life” received Honorable Mention in the Children’s Music Web Awards. His recording of solo piano music , “Meditations at Midnight” is distributed globally by Naturescapes Music. Tuneful, thoughtful and at times, truly funny, Blake’s music reflects a life of paying attention to the little things that actually make up the real stuff of life.


Mark Cohen played in numerous concerts and radio broadcasts, appearing with Phil Ochs, Willie Nile, Steve Forbert, Pete Seeger, Tom Paxton, the Roches, Phoebe Snow, Janis Ian and Richard Lewis, among others, and was hailed as a “recent discovery” by Broadside Magazine.  He opened for Richie Havens at The Towne Crier Cafe in Pawling, New York, on the 39th anniversary of the Woodstock Music and Arts Festival. Cohen’s recent cd’s, “Here On Earth” and “Moments of Grace”, were co-produced by Cohen and arranger and lead guitar player Jim Satten.

Andy Phillips is a long-time Croton resident and a keen observer of the human condition, who plays guitar and writes songs that are sometimes kind and other times a bit more stark – kind of like life. Approaching his music from a rootsy place, his songs are played with a spare, percussive style. He is grateful for the fellowship of Steve Erickson in making music.

Steve Erickson is a long time Westchester County resident who has been performing here in each of the last 6 decades. He writes songs from a reactional perspective. All songs are off menu and in response to an event. He plays the guitar and host of other instruments, most with strings, some without. He’s recently found a fellow musical traveler in Andy Philips and the combination of their talents and their diverse approaches to writing songs has served them well and should for quite some time in the foreseeable future.